Anonymous: From the Lulz to Collective Action

by Biella Colleman
You should have expected. 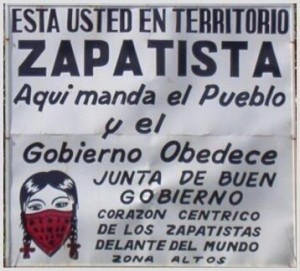 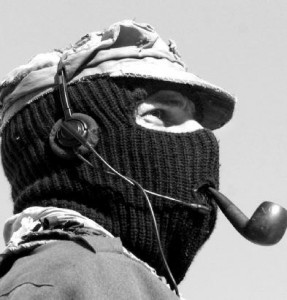 No account of the Latin American democratic epiphany, the ‘Battle of Seattle’ against the World Trade Organization in 1999, the rise of the Global Justice movement thereafter, the birth of the World Social Forum in 2001, even the Occupy movements and ‘Arab Spring’ of today – or where they might lead – can be full without at least some reference to the inspirational impact of the Zapatistas.

MadV, November 2006, most responded video of all times

we’re all in this together

MadV, 5 nov 2009 (remember, remember…)
“Reality is that which, when you stop believing in it, doesn’t go away.”
“This movement is not about the destruction of law.
It is about the CONSTRUCTION of law.“

“We are Anonymous. We are Legion. We are everywhere and anywhere. We are gay in Texas, black in 1950s Selma, Basque separatists in Spain, Kurdish  in Iraq and Syria, an anarchist in France, a Palestinian in Israel, a dissident Chinese blogger, a Gypsy in Poland, an Inuit in Nunavut, a hackivist in the UK, a single woman on the Metro at 2am, a peasant without land, an Occupier in Zuccotti Park, a gang member in the slums, the boy in the cafeteria sitting alone, a protestor in Egypt, a child soldier in Somalia, an unhappy student drowning in debt, a family foreclosed upon, and of course, you.

We are all exploited, marginalized, and oppressed minorities who feel the fire of rebellion in their hearts and rise up to resist and alter the status quo. We are every disenfranchised person who is waking up to find that yes, he has worth and deserves more out of life. We are every majority that must now be silent and listen to the message of dissatisfaction thrust before us on the global stage. We are every movement and rebellion channeling its energy into physaction. The nagging fear of reprisal, the Cimmerian thoughts that keep those in power awake at night and disquieted – this is all Anonymous.”

“We are the inevitable.
We are the culmination of industrial and social wrong.
We turn upon the society that has created us.
We are the successful failures of the age,
the scourges of a degraded civilization.

We are the creatures of a perverse social selection.
We meet force with force.
Only the strong shall endure.

We believe in the survival of the fittest.

You have crushed your wage slaves into the dirt and you have survived.

The captains of war, at your command,
have shot down like dogs your employees in a score of bloody strikes.

By such means you have endured.

We do not grumble at the result, for we acknowledge and have
our being in the same natural law.

And now the question has arisen:

Under the present social environment, which of us shall survive?

We believe we are the fittest.

You believe you are the fittest.

We leave the eventuality to time and law.

FREEDOM TO THE PEOPLE  &
REGULATIONS TO CORPORATIONS

¡Ya basta!
L’insurrection est là
We are all anonymous
never forgive, never forget

You should have expected us.

In the loving memory of anon_redframes
Internets, 08 de Janeiro de 2012